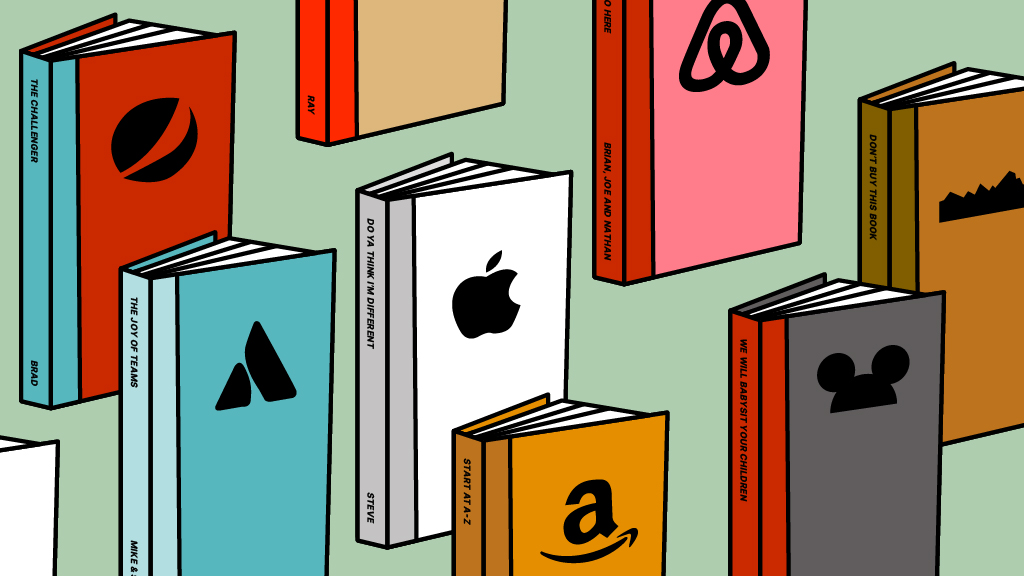 4 ways to shape a compelling brand story for your business

Does your business come wrapped in a compelling brand story? We say ‘wrapped’ because it’s a bit like a parcel or a gift. Your brand’s story is often the first encounter a customer might have with your business. In the same manner of a fictional tale, it’s an engrossing piece of communications that briefly takes the conversation away from the sale. It immerses your customer in the bigger picture: the challenges we are all here to face, the things we are striving for and the inspiring journey taken to get there.

Last week, The Offices invited Mike Todd, director of Twodeck Agency in Sydney, to join us Live on Instagram. Twodeck sells and distributes lifestyle brands across Asia and the Pacific, and Mike (who also happens to be one of our clients) is quite the storyteller himself. Our work with Mike often starts by revisiting the brand story, and that’s where we started for this talk.

What actually is a brand story?

To dive in with some definitions, a brand story means several things. Firstly, it’s literally the story of how that brand came to be – the problem it’s addressing, the solutions it offers and the successes it’s brought about. Neil Patel puts this simply and well in his very authoritative article, which aligns well with our own perspective.

As a result, many brand stories read something like this:

“We were senior leads in [industry], and we noticed that [problem] wasn’t being addressed. We spoke to customers and found that removing this barrier would transform their health/finances/love lives [or other need or want]. The world would become a better place. We developed our product, with that long-term vision always front of mind, and the rest is history.”

That’s practically a template, and you’ve no doubt read it in many iterations already. Hopefully you even have one for your business.

Mike agreed that stories are very much the lifeblood of the sales process. His agency, Twodeck, doesn’t take on a brand for distribution unless its founder has a moving and plausible founding story. “And it’s always the founder,” Mike notes. “These people are effervescent. They have started something, there’s always a problem they have solved or something they’ve invented. We speak to them at length, to draw out the beauty and the magic of what they have done.”

Often, that story has a universal quality. A brand close to Mike’s heart is his own – the Two Deck leather sandal company. Two Deck draws on Mike’s own background as a submariner in the British Navy, with its consistent themes of travelling the world in one pair of sturdy sandals. “The concept behind this brand comes from my own days as a submariner, when I balanced wild adventures onshore with long, dull stints reading books in between shifts.”

So with a story based on world travels and long lazy reads while abroad, the brand’s content also revolves around these themes. That’s brought to life through Twodeck’s partnership with Room To Read, a charity that supports children’s literacy in the developing world.

However, there’s another side to the literal story of the brand’s origins. There’s also the more abstract language that conveys its unique standpoint and attributes.

Let’s expand on that idea. Since you can’t tell a whole brand story across every touchpoint (package, banner ad, social post), you need language that captures the essence of this foundation story. That’s where we talk about building up a business’ language; the soundbites and one-liners that capture their ‘why’, their values and their difference. (We’re big on delving into this material early on every project, and you can read more here in our story on brand platforms).

A brand story can boil down as concisely as Airbnb’s positioning statement (‘Belong anywhere’) or Everlane (‘Modern basics. Radical transparency’), because those beliefs go deep into their inner workings. Airbnb is genuinely a platform where both hosts and guests can connect worldwide. Everlane is genuinely a clothing company that proves its ethical manufacturing methods at every step. Note that those statements are richly emotive, inspiring customers in a way that merely functional claims can’t do (‘best-in-class product’, ‘highest returns’, ‘most data’).

The distinctive language of your business connects meaningfully with customers, setting a blueprint for your ongoing conversations. Specifically, it also helps you reach that very clearly defined persona that values your product or service the most. To paraphrase the old Pareto principle, it’s often a mere 20 per cent of total customer types that account for 80 per cent of your total sales.

Evolving your brand story over time

Over time, some brands lose their initial link with the founder – like Mrs Fields of the cookie company, Bing Lee of the electronics retailer, or RM Williams of saddlery fame. However, if the original vision resonates enough with their fanbase, the brand can evolve yet still remain meaningful. Nike is an often-quoted example.

“I worked with Nike years ago, when it was just a distributorship in the UK,” Mike continues. “Already then, the brand had this aura that burned into the soul. People would tattoo the Nike swoosh onto their shoulders – very unusual, back in the early 1990s. Even now, no matter your age, you put a Nike T-shirt on and you want to be more active. That’s the legacy of founder Phil Knight – ‘Just do it!’”

Sometimes, the meaning is drawn from customers themselves. Mike recalls working for Hunter Wellington boots earlier in his career. Founded in 1856 in Scotland as a farmer’s boot (it was then the North British Rubber Factory), the boot was known for its hardiness and gained popularity among British troops during the brutally wet trench warfare of WW1. By the 1960s and 70s, it had become the boot of choice for a wealthy country set, and was even appointed official supplier to the Royal Family.

But its popularity didn’t peak until the late 80s and 90s, when Hunters were picked up by celebrities such as Kate Moss attending the Glastonbury Music Festival. “This is not because the boots were trendy,” Mike says. “It was purely because of their functionality at these often wet, wild and cold festivals. Kids would be dragging the boots out of their grandparents’ sheds, and wearing them ironically. When I joined the brand, I realized this was a great story,” he says.

So can brands make up a back story?

But what happens when there’s no real story? For example, when a couple of smart business leaders create a business simply because they can do it better, faster, or before some copycat gets the same idea? According to Mike, this is a frequent dilemma.

“For example, if the business founder fell out with other directors and left, the company is then steered by a board of investors. Suddenly there is no meaningful back story,” he says. Rather than make one up, brands should look to elsewhere for new meaning – even to the market itself.

Freeworld Australia is one example. Originally a surfwear brand, Freeworld sold in the mid-2000s to manufacturers who had a skillset in recovery footwear. Mike explains how the new management believed the market was ready for a recovery shoe, worn before and after intense activity, complementing the high-performance shoes users would wear on a sports pitch, track or court.

“So we relaunched Freeworld – and of course The Offices was a big part of this – with the tagline ‘Walk yourself well.’ That’s when Covid hit, and suddenly everyone was out walking. It was a fantastic validation by customers of a brand story that had started to emerge, but hadn’t yet gained traction. I should add it’s also been fantastic for the business,” Mike says.

Another example is Swedish brand Swims. “The founder of Swims is this mad Norwegian guy called Johan, and he wanted to wear his beautiful German leather shoes in New York. But because of the heavy rain, he had to wear his grandfather‘s galoshes over the leather shoes. So he decided to manufacture them, but he wanted to make more than footwear.

“He wanted people to experience what plastic was doing as a touchpoint in early 2008-09. Phones were getting soft rubber cases, and silicon was popping up in all sorts of household products. So he didn’t go to footwear manufacturers – he went to the makers of industrial plastics and rubbers to make his shoes,” Mike explains.

“Finally, he took that new material and applied it to familiar genres like Italian loafers, rendering them in bright pop colors. So the wearer is not just wearing shoes – they are wearing an experience,” Mike says.

So, there you have it – four ways to develop your brand story:

When your brand story captures an emotion, you connect more deeply with your customers than any rational list of features, pricing or faddish attribute. Ultimately, that builds long-term memory recall and rapport in a way that few other marketing efforts can match – including the paid ones.

This conversation is adapted from our second live Instagram broadcast to date, on Wednesday 28 April. A big thanks to our client and collaborator, Mike Todd from Twodeck Agency and the Twodeck shoe brand, for joining us. Follow us on Instagram to catch the next live show.